Roll over the image(s) to see it in full detail 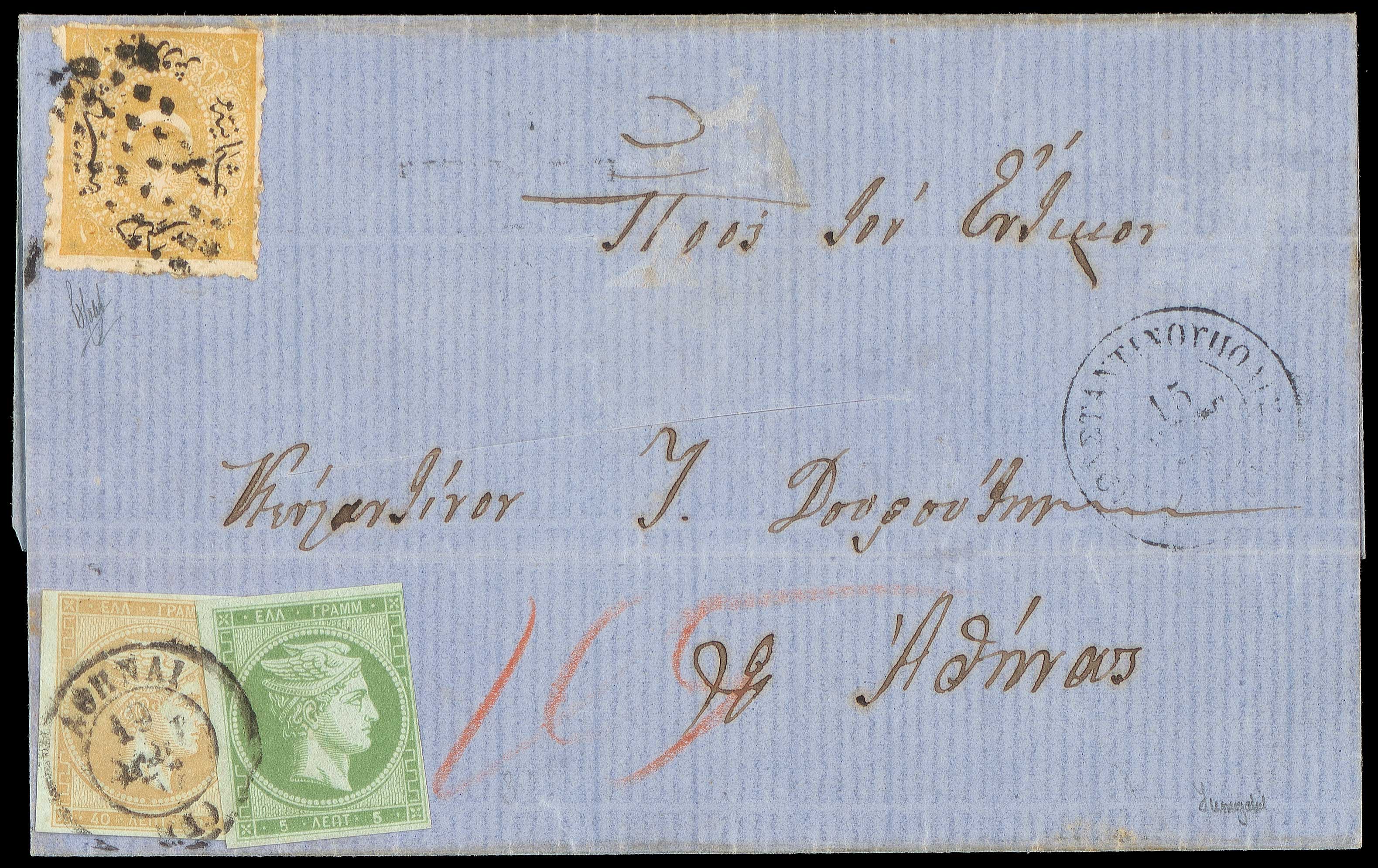 Letter sheet from Konstantinoupolis cancelled by retta with an intecipherable seal on reverse paid with 1pi sent via the Greek P.O. where it was fumigated by slitting, via Piraeus to Athens, where 45l. were added-the tariff with a French ship to Greece. Letters from Turkey could only be franked to the Exchange Office-the way to Greece had to be paid from the addressee in Greece. Very fine and extremely rare. Certificate Holcombe. Ex Lascarides.